Join us every Friday morning from 10:00-10:30 via Zoom for Friday Reflections with Peter Bolland as we go deeper to reveal the wisdom hidden just beneath the surface of our everyday lives. New themes, questions, and readings every week. $5

The Wisdom of Zen Buddhism

There are many fascinating forms of Buddhism thriving in the world today, and perhaps the most fascinating of all is Zen. Like all forms of Buddhism, Zen roots back to the teachings of the Buddha, a sixth century B.C.E. Indian reformer and spiritual teacher. What makes Zen unique and deeply appealing to people everywhere, especially here in the West, is its practicality, its simplicity, and its willingness to challenge the authority of our institutionalized thinking. Zen is a paradox. At once ancient and modern, disciplined and liberal, deeply traditional and wildly irreverent, Zen strips away from us all that is artificial until only our authentic nature remains. Join us as we uncover the practices and principles of this profoundly spiritual and eminently practical wisdom tradition. Join us in person at Grossmont Center, or via Zoom on your device anywhere in the world. $15

Join us every Friday morning from 10:00-10:30 via Zoom for Friday Reflections with Peter Bolland as we go deeper to reveal the wisdom hidden just beneath the surface of our everyday lives. New themes, questions, and readings every week. $5

I was born in the small town of West Paterson, New Jersey, the third son of Dutch immigrants Hilbert and Amy Bolland. At the age of four our family moved west, settling in the quiet coastal town of Ventura, California -- golden hills, lemon blossoms, fog horns, oil derricks, train trestles, and long, empty beaches. My friends and I divided our time between surfing, playing guitar, hiking the back country, and arguing philosophy. The die was cast. 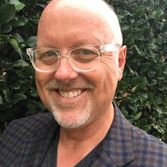 After a few years at Ventura College, I transferred to the University of California at Santa Barbara, eventually earning a BA in religious studies, quite a feat considering the fact that we lived right on the beach and endured the never-ending distractions of college life in Isla Vista. After graduation I drifted, paying the bills with a grocery store job, renting a house in Santa Barbara with a few roommates, and focusing on my primary tasks -- surfing and playing guitar. All under the grip of a growing restlessness.

Then I fell in love with Lori. When we got married in 1985 something shifted in me -- the boundaries of my little life began to dissolve. I heard the call to do more, be more, and serve more. I decided to become a philosophy professor.

We moved to San Diego in 1987 so I could go to graduate school at San Diego State University. I earned an MA in philosophy in December 1990 and began teaching at Southwestern College a few weeks later in January 1991. For the next ten years I would be an adjunct instructor at various community colleges throughout the San Diego region.

Then in 2001 I was hired as a full time professor at Southwestern College, where I have been ever since.

All the while my artistic life continued to expand. I kept writing songs, playing in various bands, and performing as often as possible. I was in an acoustic duo called Jackson-Bolland with my friend Mark Jackson in the early nineties, a time of great foment in the San Diego singer-songwriter scene. We released a cassette of original material in 1993, recorded live at a coffeehouse called A Better World. We called that album Live at a Better World. It made sense at the time. Now that the Better World coffeehouse is long gone, people just think we have bad grammar. Then in 2002 I released my first solo CD Frame, recorded and produced by Michael Krewitsky. Michael really encouraged me to take it to the next level, and like any good producer, believed in me more than I believed in myself. He taught me all about making records -- it's because of Michael that I finally started taking music seriously, and began to believe I could do something really good. That a

lbum earned a Best Americana Album Award nomination at the 2003 San Diego Music Awards. And to support that album I had to form a band. For a few weeks we were called Peter Bolland and Broken Hills. Then we became The Coyote Problem.

The Coyote Problem would eventually go on to make two albums, Wire in 2005 and California in 2007, both produced by Sven-Erik Seaholm. Both albums earned the Best Americana Album prize at the San Diego Music Awards in their respective years. The Coyote Problem had a great run and an eclectic sound, opening for acts as diverse as Son Volt, Jason Mraz, and Blue Oyster Cult.

But running a rock and roll band isn't easy. Rehearsal, booking, marketing, media, management, and long bar gigs late into the night began to take their toll. It was difficult to integrate that life into the increasing demands of academic life and my growing call to write a book. I had to let it go, so I fired myself from my own band. The Coyote Problem was a real creative high water mark in my

life, and I'll always be grateful to the good people who shared that path with me, both on stage and off.

Seven years after California, a lot of songs piled up. It was time to make another album, this time under my own name. I went back to master producer Sven-Erik Seaholm and together we made Two Pines. Drummer Bob Sale and bassist Jim Reeves brought their formidable talent to bear on these 14 songs, and I played everything else. The result is my most intimate, most honest album yet. We went for a warm, spare, muscular sound. And we got it.

My immersion in the San Diego music scene led to the opportunity to become a columnist for the San Diego Troubadour, a monthly independent music magazine. My column there called "Stages: Philosophy, Art, Culture, and Music" has run for nine years. This led to other writing opportunities, including features and a column about world spirituality in Unity Magazine called "A to Zen."

In addition to my academic teaching at Southwestern College I also lecture extensively on a wide variety of philosophical, spiritual, and mythological subjects throughout the community at venues like The Chopra Center, The San Diego Vedanta Monastery, The Osher Institute of Life Long Learning at San Diego State University, Oasis San Diego, Vision: A Center for Spiritual Living, First Unitarian Universalist Church, and more. I am also a frequent guest speaker at a number of New Thought churches like the Unity Center, Unity of El Cajon, Chalice Unitarian Universalist Congregation, and Vision: A Center for Spiritual Living.

In my mind, all of these various modes of expression root back to a common core -- the hunger to understand and the passion to connect. To me, philosophy, spirituality, and art are healing modalities -- we turn to them to salve our wounds, bind our broken places, and cultivate our growth. Whether in song, in prose, or in oratory, I simply want to open up to the grandeur and depth of being alive. And when I look out into an audience, whether at a show, or at a talk, or in Satsang, I see in their eyes and hear in their questions the same hunger that drives my work. There is great joy in gathering together around shared inquiry, and great healing in the space we create when we step out of our busy lives to share a song, a question, our laughter, or a perennial truth. What we cannot do alone we can surely do together. This is why we gather -- to feel the wisdom welling up through the cracks of our own lives. That is what all this work is about.